These single channel L-Band over fiber kits offer the same link performance as standard Thor F-LBAND systems, and are suitable for outdoor installation.  Ideal for mounting on antenna masts, or in base station equipment racks; F-LB11 single channel kits can be installed in locations directly exposed to the elements.

IMPORTANT NOTE*** (it is very important to interface our unit with SC/APC - Angle Polished Connector to avoid any light reflections.

If your fiber is terminated with the  SC, ST, FC /PC flat connector, you need to use an optical jumper from PC type to SC/APC for proper conversion. 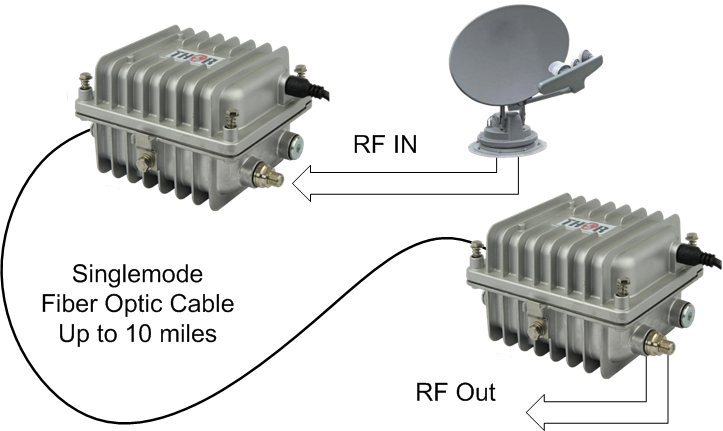 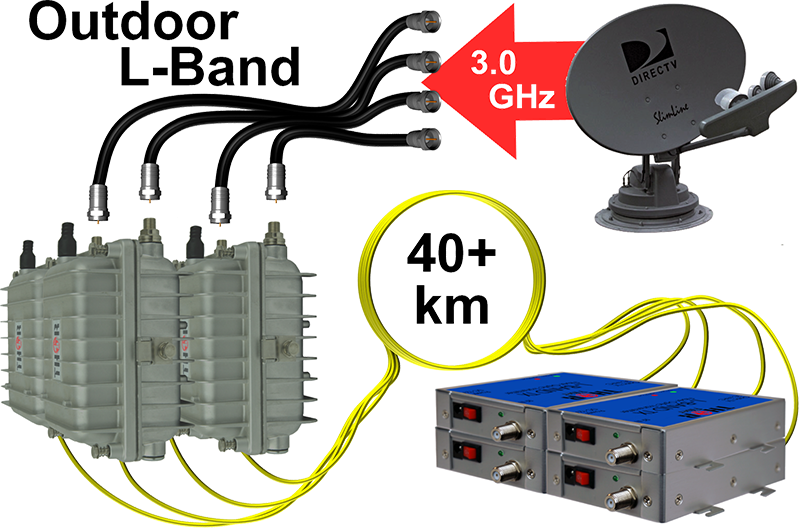 Question:
We recently purchased one of your F-LBAND Single Fiber RFoG Tx/Rx Kits and would like to know, what is the maximum allowable DC voltage on the RF Coax "F" input and output center conductors? We presently have 13Vdc present on the coax cable's "F" center conductor and need to know if it's necessary to block this DC voltage?

Answer:
No, you do not need to use DC Blocker, the unit is internally protected via a capacitor, Those individual L-band kits have a little switch on them; you can choose 13v, 18v, or 0. If you have voltage going to your system already then than please set TX to " 0."

facebookGoogle
The product has been added to the basket:
1 L-Band LNB Dish over fiber Extender with Outdoor Enclosure
Go to shopping cart
Similar products:

4x Ch L-Band DWDM Transmitter for Satellite TV. Designed for delivery of satellite service to more than 5000 locations, or to be used as a satellite to home LTTH system. Used similarly as many CATV FTTH systems, instead LTTH units transport 4 independent satellite signals off the Dish and mux them into a single fiber. DWDM light spectrum could be amplified by EDFA, this is why we can distribute the