HDMI (High Definition Multimedia Interface) - interface for sending digital, uncompressed audio and video signals. Manufacturers of consumer electronics began using HDMI technology in their products from September 2003. HDMI allows you to combine any standard audio / video devices such as DVD, Blu-ray players, game consoles, computers, monitors and digital TVs. Video data is sent using TMDS technology. The maximum transmission distance is about 15 meters, using cables made in accordance with the recommendations of the HDMI Working Group. In most cable versions available on the market, the distance does not exceed 5-10 meters. In the case of longer lengths, it is necessary to use repeaters (signal regenerator). The successor of the first generation HDMI interface is HDMI 2.0 released in 2013. Ultimately, it is to provide the possibility of playing UHD film materials at 50, 60 or even 120 frames per second. The HDMI 1.4a interface, the latest generation of the first generation HDMI, used in TVs from many manufacturers, it provides the ability to transmit video streams in 3840 x 2160 pixels (UHD), but at a frequency of not more than 24 frames per second. This value is sufficient for movies, but for TV it's not enough, because they use streams of 50 or 60 frames per second. In 2016 HDMI 2.0b was adopted, a continuation of the adopted in 2015 HDMI 2.0a. Another version of the HDMI 2.1 standard introduced in mid-2017 supports maximum bandwidth of 48 GB / s. It introduced Display Stream Compression (DSC) support, which enables the transmission of a 7680x4320 (8K UHD) image at 120Hz. The team called the Digital Display Working Group (DDWG), which was the first to develop an interface for digital data transmission, consisted of many leading TV sets producers and the work on the project was supported by companies such as: Compaq, Fujitsu, Hewlett-Packard, IBM, Intel , NEC and Silicon Image. In 1999, DVI (Digital Visual Interface) was created, a solution based on Silicon Image technology. A year later, a technique was developed to protect the signal against copying. The whole was called HDCP (High-bandwidth Digital Content Protection). From the beginning, it was a format intended for high-quality home appliances. HDMI is today a widely used standard in all professional applications as the best connector in audio / video systems and digital signal adapter.

The Internet Protocol (IP) is a network protocol widely used in computer networks and forms the basis of the Internet. It is the implementation of the Internet layer of the TCP / IP model or the network layer of the OSI model. IP is a connectionless protocol, i. H. No state is established with the communication partners. The IP is the first layer of the Internet protocol family independent of the transmission medium. This means that using IP address and subnet mask for IPv4, or prefix length for IPv6, computers within a network can be grouped into logical units called subnets. On this basis, it is possible to address computers in larger networks and to send them IP packets, since logical addressing is the basis for routing (routing and forwarding of network packets).

While IP has been a favorite medium for AV distirbution; HDMI is still the premiere choice for connecting screens, TV's and media to connect with viewers.

This Device is a Compact decoder for IP Streams, IP STB. It accepts any standard IP network stream and decodes it to HDMI. The unit supports both MPEG 2 and MPEG 4 / H.264 codecs 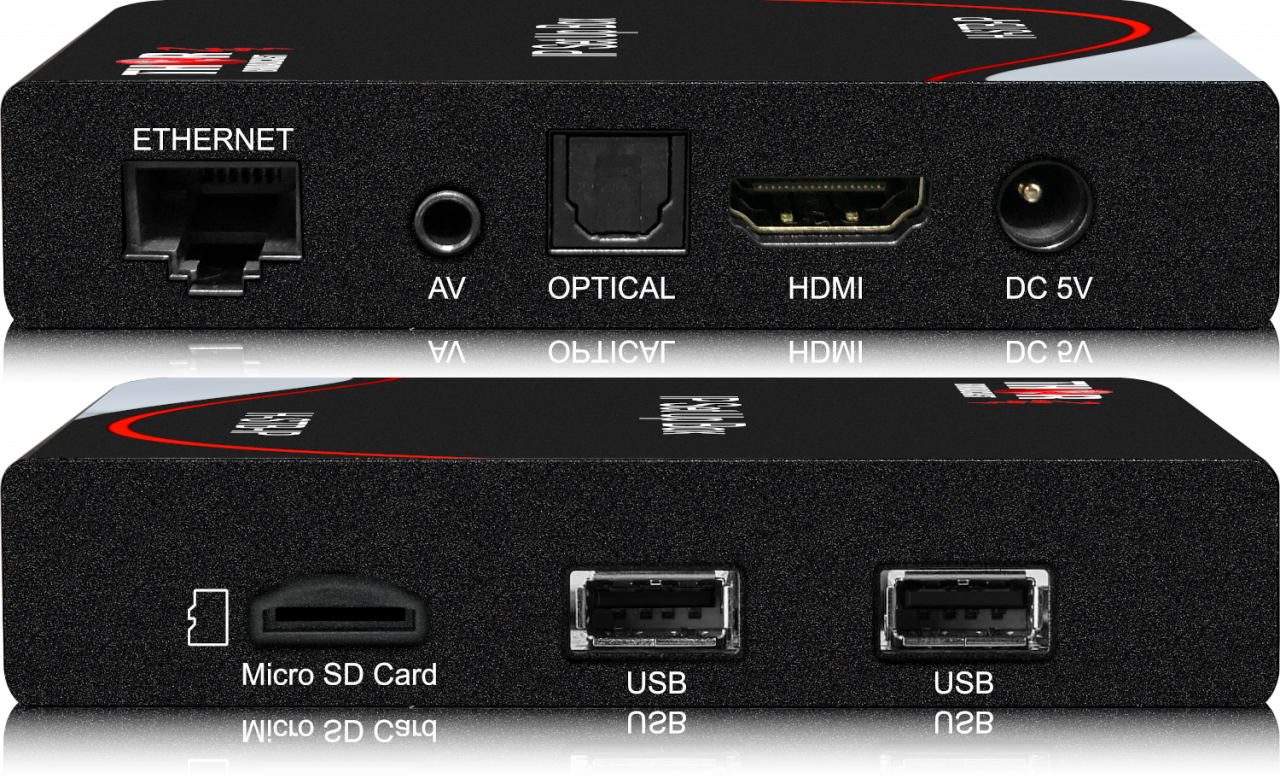