Integrated Services Digital Broadcasting (ISDB) is an MPEG-2 based standard for digital media broadcasting. Introduced in 1999 in Tokyo, it provides for the distribution of HDTV, SDTV, audio and text in three variants: ISDB-T, ISDB-S and ISDB-C. ISDB-T allows several modulation methods that do justice to the diverse contents. In a bit pattern, the information can be accommodated in such a way that mobile terminals receive data in reduced quality with lower bandwidth (mobile television). Other devices receive supplementary information that improves the quality of the images. In Japan, 1seg will broadcast audio, video and data services via ISDB-T standard radio transmissions. ISDB-T is called SBTVD (also known as ISDB-Tb) as a wireless digital television broadcast in Brazil. Argentina and Peru are said to have already adopted the ISDB-T standard. In countries such as Bolivia, Chile, Ecuador and Venezuela, the standard for digital terrestrial television and radio is still being tested.

QAM
ATSC
DVB-T
ISDB-T
This RF Modulator has 4 HDMi inputs and Closed Caption. The platform provides 5 full RF carrier outputs for generating channels from content ingested through the ASI input. Encoding in either MPEG2 or H.264 is provided for 4 crystal clear video streams up to 1080p 60 each HDMI to coax , HDMI to IPTV ,HDMI over coax

QAM
ATSC
DVB-T
ISDB-T
This Unit has 2 HDMI and 2 SDI inputs with RF CATV QAM and ATSC output. You can Broadcast over existing Coaxial Cabling to an unlimited number of Televisions in FULL HD

QAM
ATSC
DVB-T
ISDB-T
This Unit has 12 HDMI inputs which are beeing converted to CABLE TV Channels for easy HD video distribusion over COAX. In addition it also has IPTV output for IP Network Multicast

This Modulator is an all in one device Integrating HD MPEG2 encoding with AC3 Dolby Audio and Closed Captioning input. This Unit Converts HD Audio and Video signals from any device into DVB-C/T / ATSC / ISDB-T RF output. This Unit is a Digital HDMI Encoder and RF CATV ATSC Modulator with Closed Captioning Input and Network Ethernet browser contol. 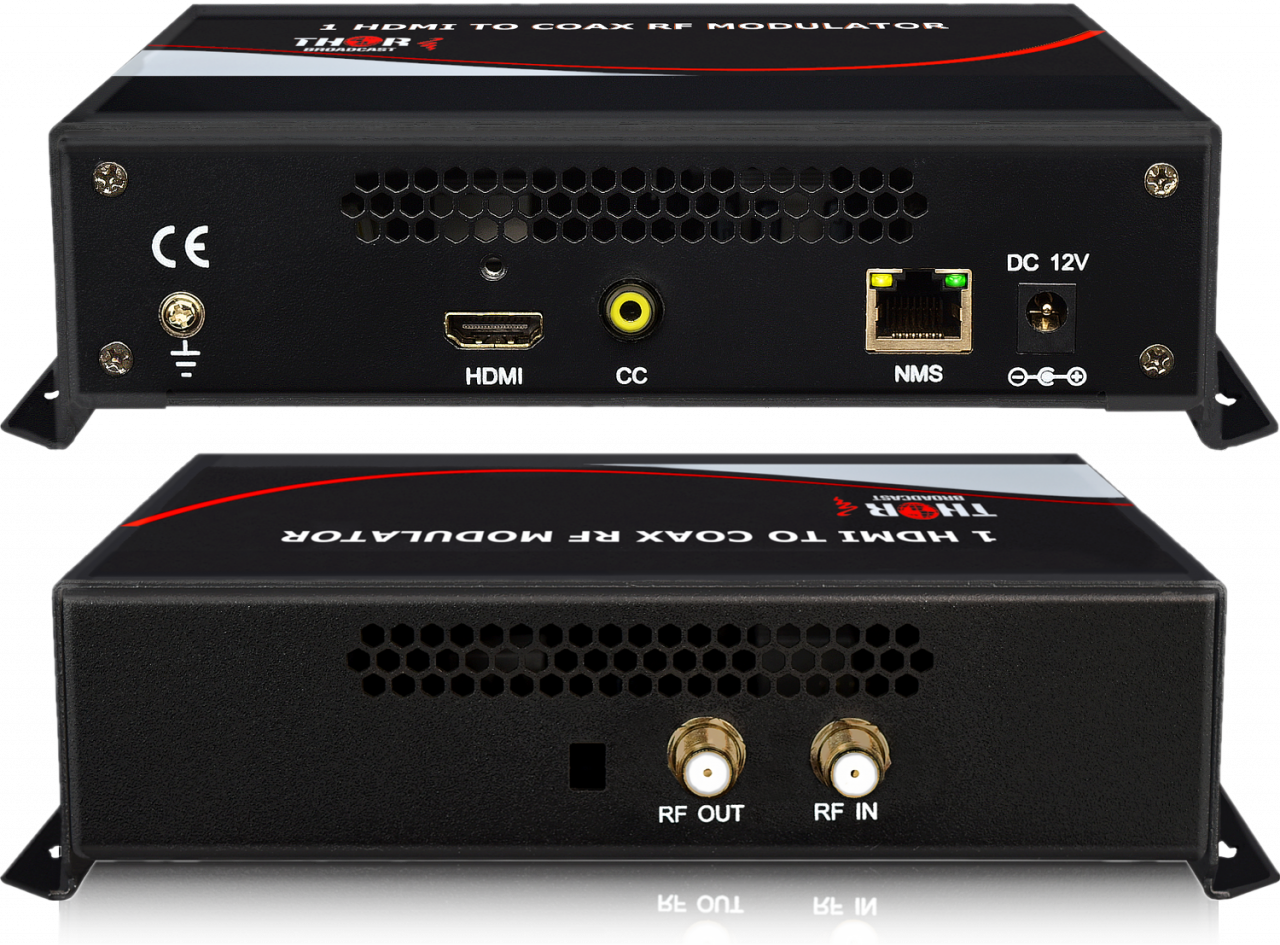 Designed by Thor Broadcast, these devices that allow for efficient, effective and reliable cooperation between HDMI connectors and Integrated Services Digital Broadcasting (ISDB) is the only complete and full range offer of this type of converter available on the market.